Giuliano Bortolomiol
Was born on 27 February 1922 in Ponteggio, a small district of Valdobbiadene. The family was very well respected in the area: the father Guglielmo was a broker or intermediary, an important figure in rural life of the times.

Following in the family tradition, and with a natural vocation for winemaking, young Giuliano Bortolomiol enrolled in the Conegliano School of Oenology.

His studies were interrupted in 1943 when he was called up and had to hope he would make it home.

Immediately after the war, Giuliano finished his studies and was awarded the title of wine technician, his initial work experiences in the cellar were in Friuli and in Puglia

In 1946 he founded the Prosecco Confraternity; in this project the words “it is our duty to do something” became the expression of his spirit:
duty: an attachment to the territory, to its people, a sense of atavistic belonging that is recognised through responsibility towards work and towards oneself in the midst of others.

to do: knowing how to undertake, risk and dedicate one’s life with the unyielding stubbornness of someone who wants to achieve results at all costs.

something: the invention, creativity, ability to look ahead and draw from one’s own knowledge that extra “something”, that joins the thousand-year old traditions that withstand time.

In the economic decline of the post-war period, the main purpose of the confraternity was to stop winegrowers from abandoning the vineyards and the countryside by undertaking concrete actions to support their work and helping to restore the winegrowing heritage in order to restart the economy of the territory.

Giuliano officially founded the Cantina Fratelli Bortolomiol with his brothers Labano and Guglielmo in 1949.

The new project now began which led him to be recognised as a thinker, innovator and visionary in the Valdobbiadene territory. A man who was the instigator of a change in the quality and approach to production, managing to give the winery and its brand a clear and recognisable identity.

Thanks to research, knowledge and intuition, Giuliano Bortolomiol carefully selected the grapes while still on the vine and chose innovative processing and winemaking methods favouring the Martinotti-Charmat method. His worked resulted in a dry Brut Prosecco in which the grape variety and its scents are expressed to the fullest. It was 1960 and Giuliano launched the territory’s first Prosecco Brut, the emblem of our winery.

In 1962 eleven producers, including Giuliano Bortolomiol, met to form the Consortium for the Protection of Conegliano and Valdobbiadene Prosecco wine proposing to regulate production. This happy initiative would become the point of contact between winemakers and institutions and would create the basis for obtaining the DOC designation, Denominazione d’Origine Controllata, granted by the government in 1969.

Until 2000 he was one of the major figures on the scene for producing Prosecco and the Conegliano Valdobbiadene Prosecco Superiore territory.

He was always delighted to welcome in his cellar anyone truly curious and interested in his creation: his wine. And he was careful to preserve those basic values that had brought him so far: his attention towards innovation and technological research.

He was so steeped in his territory with very active participation in entrepreneurial life that he became a cornerstone and a point of reference.
His legacy.

The scene is always the same…
Giuliano opens the bottle, allows the customer to taste it and explains in great detail how he managed to produce it. This was his way of selling: to convey an understanding that the particular taste and result are the product of painstaking work. 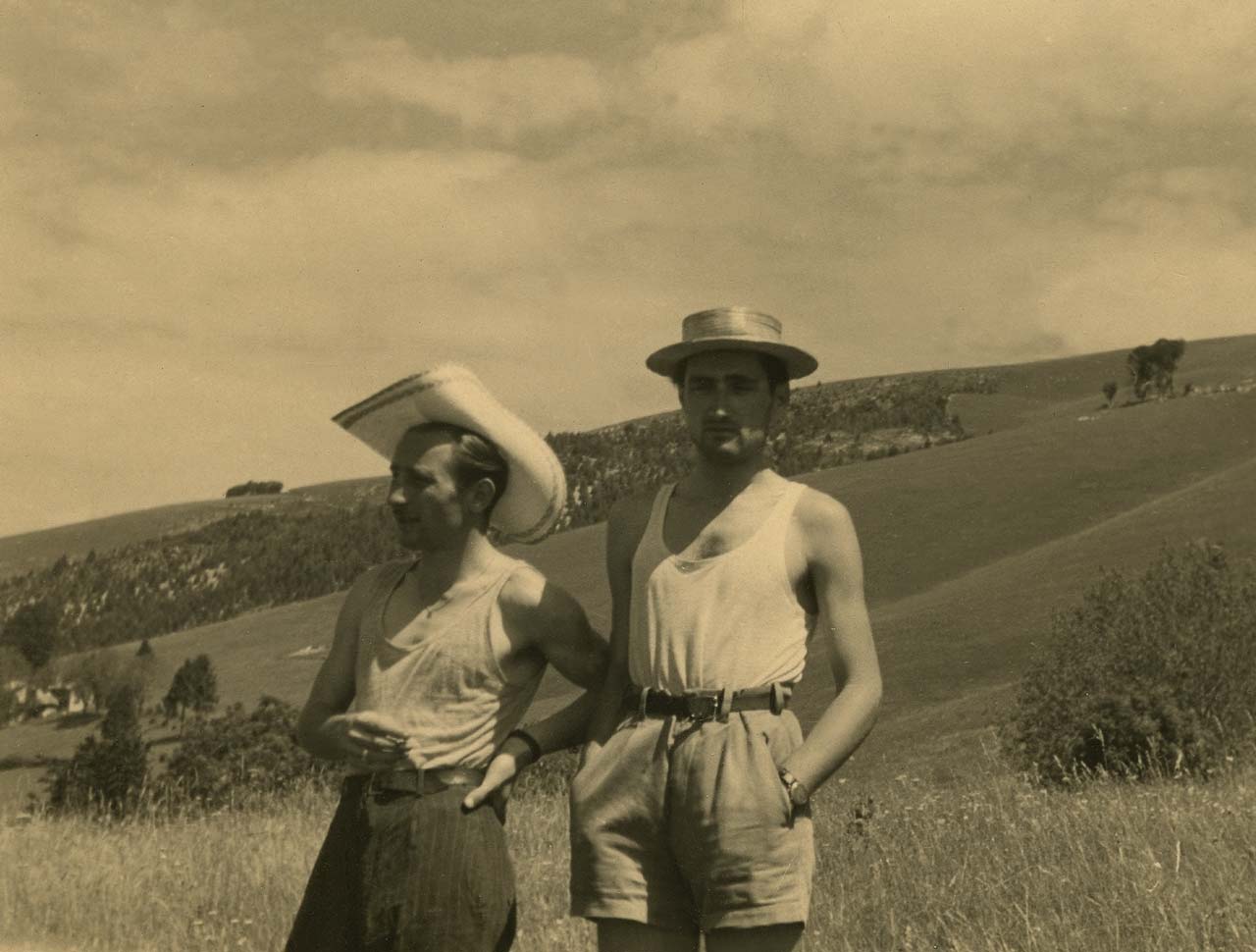 “A good Brut is more demanding than the classic demisec. You have to start from the harvest, making a special selection immediately and continuing to select. Always being attentive: during the white vinification phase, when immediately filtering the must, during fermentation and lastly when bottling” 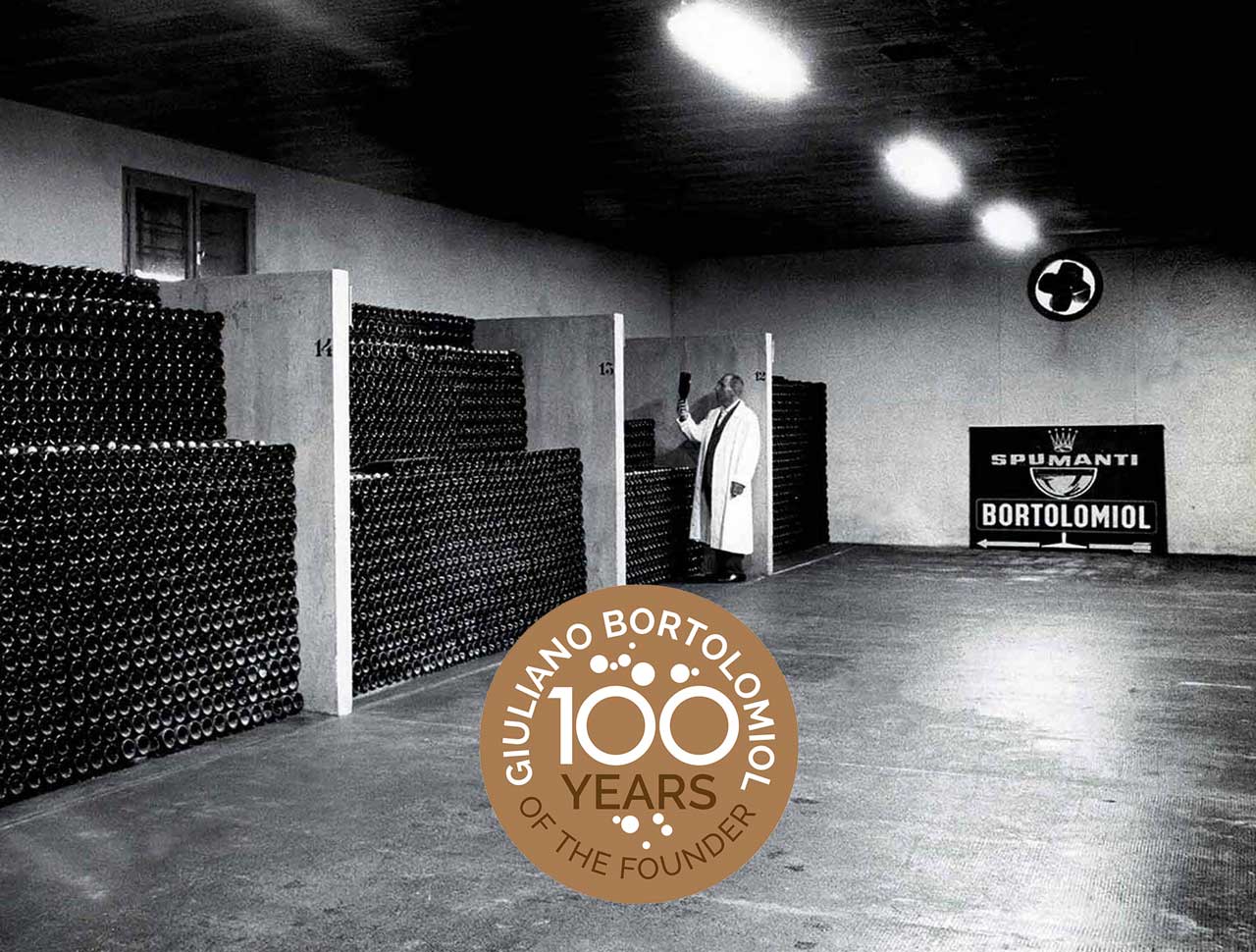 A HUNDRED YEARS LOOKING TOWARDS THE FUTURE

Bortolomiol celebrates the centenary of the birth of its founder, Giuliano.

27 February 1922 – 27 February 2022. A hundred years have passed since the birth of Giuliano Bortolomiol in Valdobbiadene, a name destined to write an important chapter in the history of the Conegliano Valdobbiadene Prosecco Superiore DOCG. After attending the Conegliano School of Oenology, Giuliano decided to stay in his native land to rebuild what the war had destroyed. And to do so starting from the wine.
Among the founders of the Protection Consortium, Giuliano is the first to believe that this wine expresses itself at its best in the Brut version, with very low residual sugar, at a time when the Extra Dry and Dry versions dominate. A premonition therefore which today the winery celebrates with an equally innovative initiative, the Centenary Tour. At the Parco della Filandetta – Wine&Art Farm Bortolomiol will illustrate to wine lovers and industry professionals “the other side” of the Prosecco Superiore DOCG: that of a long living wine able to stand the test of time to become enriched with ever more complex notes. Throughout the year.